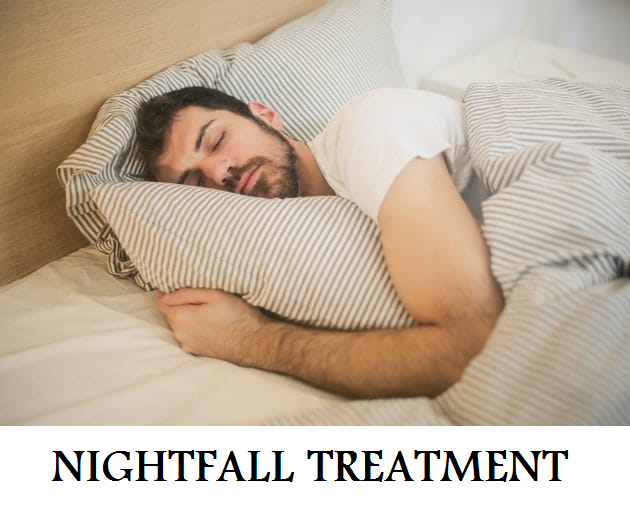 A nocturnal emission, also known as a sex dream, wet dream, or orgasm in sleep, is a scientific term for nightfall. Nightfall occurs during sleep or in the early morning and results in spontaneous orgasm, which is ejaculation in males and vaginal wetness in females. This situation can make you feel embarrassed after you get up; it becomes uncomfortable. It is a psychological effect caused by excessive exposure to explicit media as well as a lack of sexual activity. The majority of Nightfall or wet dreams problems in men and women occur during puberty and fade away with age as hormones in the body stabilize. It is considered normal for nightfall to occur three to five times per month. However, when a man experiences continuous ejaculation after his adolescence, he develops a weaker erection, premature ejaculation, dizziness, insomnia, weakness, memory loss, and poor eyesight. In that scenario, many men seek ways to prevent nightfall. So, how can we prevent nightfall? It has various causes, symptoms, and treatments.

ENQUIRY
ABOUT US
Dr. P K Gupta is one of the top sexologists in Delhi, India. He is MBBS, MD, PGDS in Sexual Medicine from America. His expertise in sexual dysfunction treatment is gained through thousands of successful treatments provided to patients from India as well as from abroad. He has worked in many government hospitals like SGM Hospital, Delhi Govt., Dr. Ram Manohar Lohia & G. B. Pant Hospital, Delhi. He is also a member of the Council of Sex Education & Parenthood (International).
LANGUAGE TRANSLATOR
SUBSCRIBE
Get the latest updates and offers.
CONTACT DETAILS